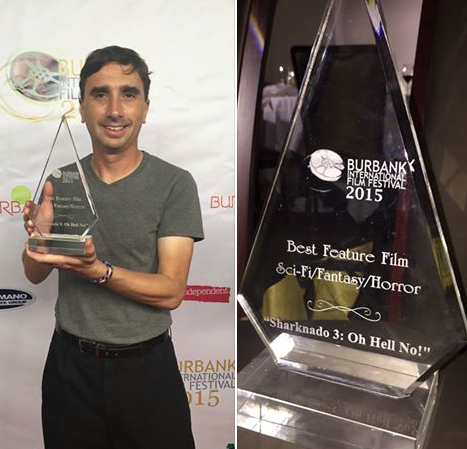 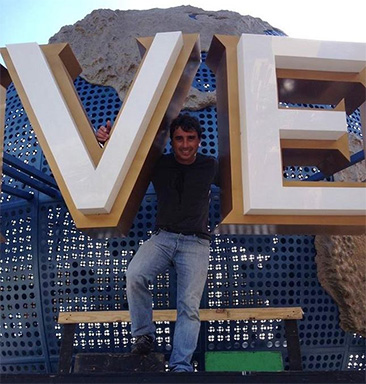 While many enjoy the thrills and horrors of TV's "Shark Week," Anthony C. Ferrante has been living that phrase for a year now.

His out-of-nowhere hit "Sharknado" took the trend-loving world by storm in 2013, and again in 2014 with the sequel "Sharknado: The Second One."

With tongue placed firmly in cheek, the sci-fi/horror films are filled with wild special effects smattered with deliciously cheesy lines delivered by its cast members, including stars Ian Ziering and Tara Reid.

The premise of the triquel is pretty straightforward: Sharks plus tornado equals mayhem.

The first was set in Los Angeles, the second in New York, and the latest takes place on the eastern seaboard from Washington D.C. to Orlando.

When asked if a third summer of "Sharknado" is surreal, Ferrante answered:

"Anytime you jump aboard a new 'Sharknado,' it's a surreal state.

"We really got opportunities films like this normally don't get. We shot in Washington D.C. (with) Ian Ziering running past the gates of the White House.

"I never thought we would get approval. That was surreal. We shot at Universal Parks Orlando. Normally, a theme park avoids a disaster film, but they were so accommodating."

And, visiting Kennedy Space Center was the "opportunity of a lifetime. What they allowed us to do was probably the most surreal experience of all."

While the first movie was an over-the-top surprise and the second was a bonus -- is the third a charm?

"We keep mixing things up with each movie with characters in different types of settings and scenarios.

"It's still fresh for us, and we hope it will feel fresh for the audience."

One of the more dreamlike aspects is the "Archie vs. Sharknado" comic book, which the Antioch High graduate ended up writing.

"We met the 'Archie' artist at Comic Con last year. He did a fake cover, and I pushed for (it) to happen. I had to write the comic while working on the movie. It was nuts.

"It's kind of scary coming into a situation with more than 50 years of history and trying not to screw it up.

(Still), it was really fun and liberating in many ways. Plus, I got the chance to make Betty and Veronica bad ass."

It doesn't escape Ferrante that his shark-themed movie comes out on the heels of the 40th anniversary of "Jaws."

" 'JAWS' is the granddaddy of all shark movies and one of the greatest horror movies of all time. To be uttered in the same sentence is flattering.

"I love the fact that it's the anniversary and we were able to pay homage to it in a really cool way. One of the most exciting things was getting permission from Steven Spielberg's company.

"We expected to be shot down but got their blessing. 'Jaws' has a special place in my heart."

And, the obvious question: Will there be a "Sharknado 4?"

Ferrante said the franchise could go on but it's up to the audience, a good storyline and the Syfy Channel, which airs the movies.