PITTSBURG: Los Medanos College (LMC) is proud to announce that English Professor Michael Yeong has been selected as Contra Costa Community College District Teacher of the Year for 2015-2016. He has taught at the Pittsburg and Brentwood campus since 1991. 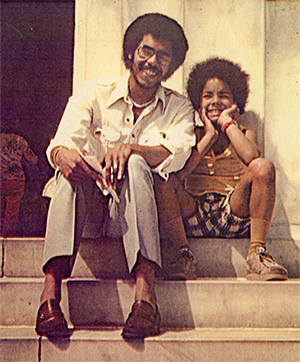 Above: Michael Yeong seated next to his son

Selected by his LMC peers, “Michael signifies the heart of a true educator and wonderful colleague. His dedication to his students is exceptional. As a faculty member and a combat veteran army soldier, Michael's instructional wisdom and stimulating intelligence honors us all”, stated LMC Academic Senate President Sylvester Henderson. “A great honor, and a great teacher, Michael embodies what it means to dedicate one’s life to enriching the future of today’s college students.”

Michael Yeong grew up in Brooklyn, NY, attending parochial school during his K-12, high school and college years. An early fascination with words, especially the power and influence behind them, led him to an early interest in reading and writing. He started his journal writing when he was 13 years old and continues to this day.

Michael went on to St. Francis College in Brooklyn NY for his BA degree and on to Antioch University for his MA in Education. Early on, he knew he wanted to be a teacher, so he joined the college’s teacher preparation program and ultimately earned his BA in English, focusing on composition. Aside from his studies, he played basketball, handball and belonged to the Drama Club. His interest in drama came from two unrelated interests – acting and women! (At the time, St. Francis College was all male, and the plays were performed in collaboration with an all-female college nearby.)

"Michael signifies the heart of a true educator and wonderful colleague. His dedication to his students is exceptional. As a faculty member and a combat veteran army soldier, Michael's instructional wisdom and stimulating intelligence honors us all"
– Sylvester Henderson, LMC Academic Senate President

College was a challenge for Michael. His parochial education had focused intensely on religious studies and a strict memorization of facts. When he went to college, the broad focus of coursework and critical thinking skills overwhelmed him….to the extent that he was asked to take a break. For several semesters he was put on probation and unbeknownst to him, the result (in 1967) put him right in line to be drafted. Quickly he was off to basic training, advanced infantry training and finally Schofield Barracks in Hawaii for jungle warfare training and ultimately Vietnam. Although he was proud to serve his country, this wasn’t a part of his plan for his future. Michael’s remaining military time was fulfilled at the United States Military Academy at West Point training army officers scheduled to be sent to Vietnam. Following his military service, Michael returned to St. Francis College and dived right back into his studies. This time being mature, focused, and more disciplined, he eagerly jumped into the college experience. He quickly figured out that if he studied hard, he did well. Just before graduation, to his amazement, he found out he even made the Dean’s List. But as a reentry student, he had been so focused, driven to succeed, and disciplined to study, he had stopped worrying about grades and had no idea he had attained a 4.0 GPA. 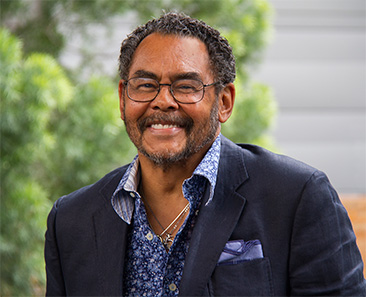 Today, Michael shares with his students, “You have to stop worrying about grades, because all you should be concerned about is not the A, but what you are learning about yourself as a human being.” He continues, “It’s not what you want to be, but what you are meant to be. If you are meant to be an engineer, a teacher, a nurse, a firefighter, as soon as you find this out, that’s it! That’s your life, live it”

On his office door is a quote from one of his heroes Malcolm X. He said, “Education is the passport to the future, for tomorrow belongs to those who prepare for it today.”

Michael has taught at a number of elementary, high schools and colleges on the East Coast and Canada initially, eventually joining the faculty at LMC in 1991. Although through the years at LMC, Michael’s courses have varied and included literature and grammar, critical thinking has always been his passion.

“I want to be around people who use their critical thinking skills. I need to be in that type of setting. I teach it because of this. People who are open-minded, communicate well, problem solve, analyze, listen attentively and are unselfish - they are the ones I want to be around. It may sound utopian, but I still want it.”

He teaches “Critical Analysis and Inquiry”, a course carefully named to spur critical thinking. Students learn to get along with each other as they work in unassigned groups throughout the entire semester. Competing doesn’t get them ahead in this course. Cooperation and collaboration are the key to passing the course. The result is a cohesive group of students who bond during the course of the semester. Three couples have met in his class and gotten married. One couple even named their first child Michael.

Nancy Ybarra, Dean of Liberal Arts at LMC, included the following in her nomination statement: “Mr. Yeong believes his students are capable of achieving their dreams and his insistence that they act accordingly is a wonderful thing to see.  It is no surprise that his classes are consistently over enrolled, and he accepts as many as he can possibly fit into his classroom.  Each semester, each class, is a journey; he is the guide. There are students in our society who can learn and succeed, even when their teacher does not go the extra mile for them. In my experience, students like that are few and far between at Los Medanos College. In our classrooms, the teacher matters. Mr. Yeong is one of those teachers who matter to his students because they matter to him.”

JoAnn Hobbs, Chair of the LMC English and ESL Department, expanded in her comments:

“Michael also shows his caring and compassion outside of the classroom. Outside of his office is a small sitting area and very often I see him meeting with students individually and in small groups. He works with them on their class projects, but he also counsels them about the life challenges that so many community college students face - balancing school with work, family and other pressing obligations.”

Michael is humble and surprised that he has had such a big influence on his students’ lives. But clearly his students and his peers have noticed. The Contra Costa Community College District Teacher of the Year award goes to a faculty member who has contributed to the learning process in incredible ways. Certainly, LMC’s Michael Yeong is deserving of this great honor.