In 2017, Coach Lou Panzella and Assistant Coach Tyler Trolson enter their 6th season together at LMC. They are joined by Assistant Coach Sandra Foster, in her 3rd year with the program and 1st year Assistant Coach, former LMC player and 2015 BVC Conference MVP, Taylor Scriven.

Coach Lou Panzella retired as a special education teacher from the Antioch Unified School District in 2016 after a 34 year teaching career. Coach Lou coached both the men’s and women’s volleyball teams, first at Antioch High School from 1988, then at Deer Valley High from 1996-2015. His team record for high school women's volleyball is 430-224. In men's volleyball his teams have a record of 595-123. Coach Lou was named North Coast Section Honor Coach for women's volleyball in 2010 and NCS boys Honor Coach in 1997. He coached teams that won NCS section titles in 1995 and 1996 at Antioch High and in 2013, 2014 and 2015 at Deer Valley High School. At LMC, in 2012 the women's team record was 4-17. In 2013 that improved to 11-13.  In 2014 LMC had its first winning season under Coach Lou, improving to 14-12 and making the State playoffs for the first time in 10 seasons. In 2015, the Mustang Spikers were 13-11 and in 2016 improved to 15-13, winning the conference championship for the first time in 14 years. Overall Coach Lou has a record of 57-66, with a streak of 3 consecutive winning seasons, earning a spot in the state playoffs in 2 of the last 3 years and 1 conference championship. Coach Lou was honored as BVC Coach of the Year for the 2016 season.

Assistant Coach Tyler Trolson is a social studies teacher and also the head men's volleyball coach at Pittsburg High School. He has been coaching both high school and club volleyball for the past 7 years. Coach Trolson started his coaching career after a successful playing career, beginning at Deer Valley High School and then continuing at Sacramento State. Coach Trolson enters his 3rd year as an assistant coach at LMC. Coach Trolson is responsible for recruiting, training and conditioning along with his other coaching duties. 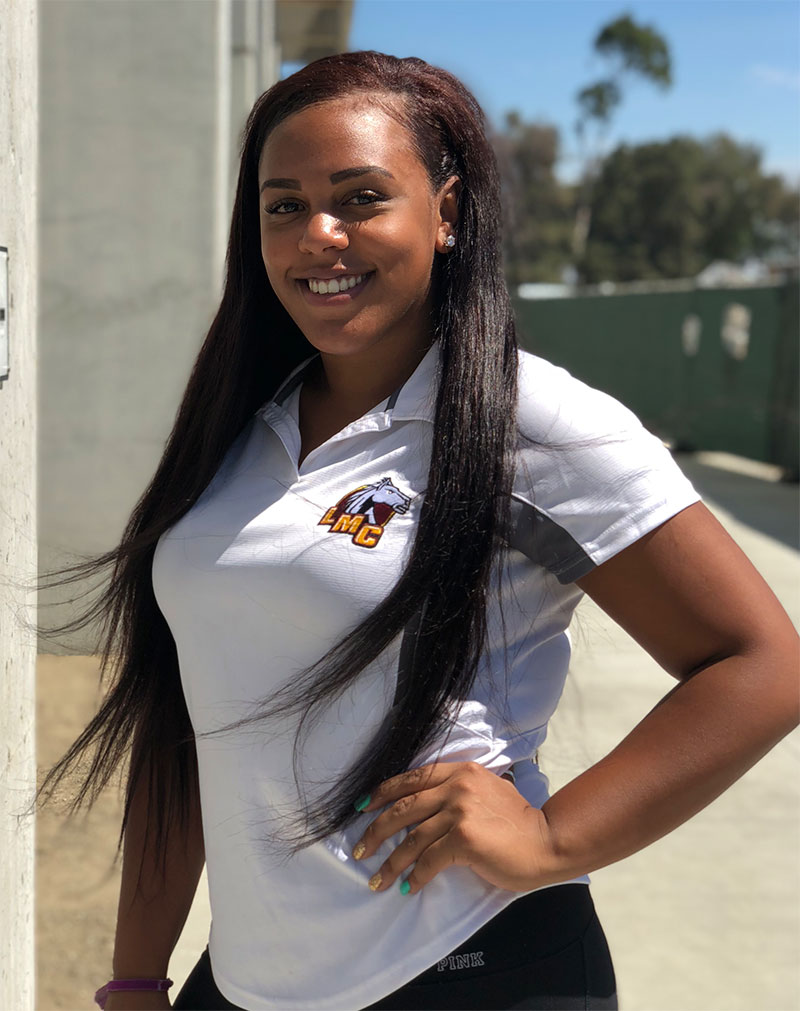 In the 2014 season, Taylor, a 2013 graduate of Liberty High School, led the Mustang Spikers of LMC to their first playoff appearance in 10 years. Individually, she was named Co-MVP of the Bay Valley Conference. She was also 1st team All Conference in both seasons of competition at Los Medanos.