For the Contra Costa Times

PITTSBURG -- There may be no social suffering more poignant than the current plight of black males in American society. When it comes to education, the picture blurs into pockets of supreme achievement and classrooms lacking financial resources or other foot ladders to academic and long-term success.

The 21st Gospel Community Celebration Concert at Los Medanos Recital Hall on May 2 aims to drive a massive, musical steamroller through societal barriers that prevent young black males from succeeding.

LMC Music Director and professor Silvester Henderson directs the college choir. The energetic Pleasanton resident and successful businessman has arms into real estate, academia and more. But mostly, he wraps in his embrace young males of color -- using the arts, especially music, to teach responsibility, leadership, justice and community. 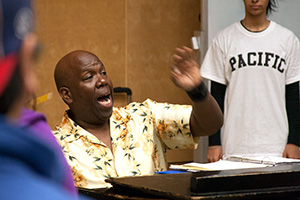 "The focus (of the show) is on celebrating and supporting African-American males," Henderson says.

The annual May concert is always stacked with talent and this year is no different. In addition to the choir, the LMC Chamber Chorale will perform classic African-American spirituals. Four guest artist groups will offer gospel and jazz highlights, and featured solo vocalist Lena Byrd-Miles from Oakland makes a return visit bringing a voice Henderson says "has truly been touched by God."

Expanding the program's message, the performance will for the first time introduce a keynote speaker, Dr. Tyrone Howard.

A sought-after motivational speaker and professor of education at UCLA, Howard contributes to numerous periodicals and is the author of a recently released book, "Why Race and Culture Matters in Schools: Closing the Achievement Gap in America's Classrooms."

"I like to talk about two sides of the coin: academic attainments and black males suspended disproportionately from schools," Howard says. "We must understand the gravity of the problems all across the country. We also have to talk about what is possible."

The gravity is pronounced in light of what is happening in the country, according to Howard. The most harmful ideology, he says, is the idea that black males are a threat.

"When they suffer, they aren't offered the same amount of sympathy. It's an age-old mentality that plays out in larger society, including schools. The myth -- that these young men have impulse control issues and are ineducable -- it holds black men back."

Howard says people must resist the bias that says prejudice is an entirely white-on-black crime. "My research shows people of color can be equally culpable," he says.

Athletic achievement is often where black males turn first, sometimes sacrificing academics to long hours of practice, training and competition. Howard says it's a double tragedy to emphasize only sports because many students attend school primarily for the arts opportunities that are constantly under threat of being eliminated.

"Music is my life. Everything I ever do is connected to it, I can cry to it, I can have success through it. As African-American males, it sends a message we can't say any other way"
– Michael Burks, Freshman at LMC

"The performing arts can have an impact on scholarly performance," Howard says. "We have to advocate for the role the arts can and should play. Music has always been the soundtrack for black people's inclusion in this country."

Michael Burks, 25, a freshman at LMC who grew up in Richmond and Oakland and now lives in Antioch, says the greatest thing that ever happened to him is music.

"Music is my life. Everything I ever do is connected to it," Burks says. "I can cry to it, I can have success through it. As African-American males, it sends a message we can't say any other way."

But as a sixth-grade student, struggling to learn, control his anger and speak clearly, Burks says teachers would just teach, but not see if he understood.

"One sixth-grade teacher made me feel like I wasn't dumb. He could listen to me. He was white and he cared about me. The darkest times were when what was going on in my life made me need help. Teachers would just rule me out like I had a mental disorder," he recalls.

Immersed in R&B, neo-soul, gospel and the heady aura of Henderson's instruction, Burks is beginning to see himself afresh.

Howard says materials that are socially, culturally and historically relevant to the black experience and better training for teachers will lead to improvements. Applying the same methodologies to black girls and Latinos, he says, will produce more positive narratives and prepare young people to assume leadership roles. 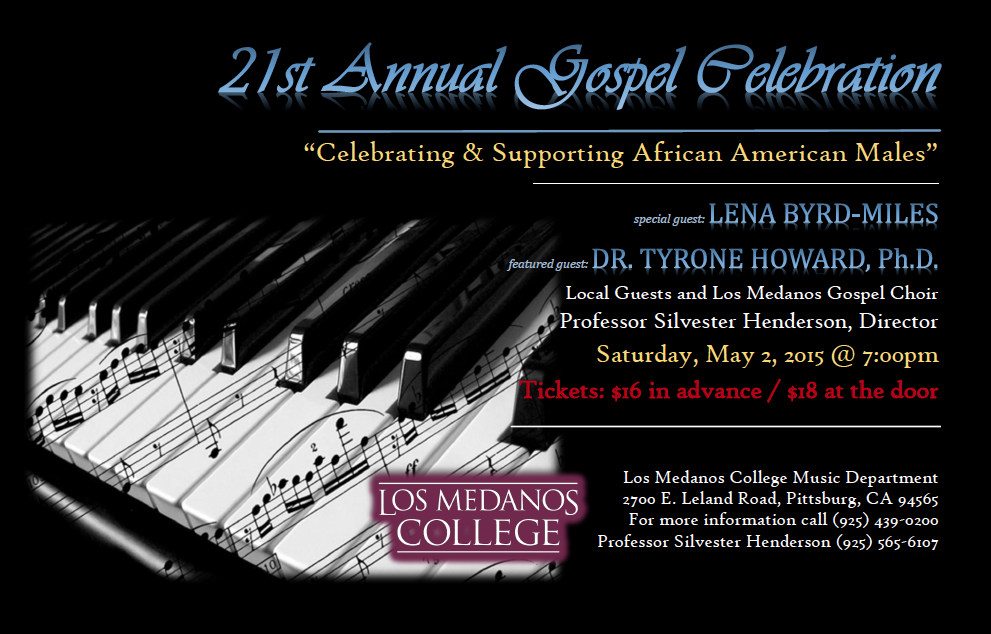