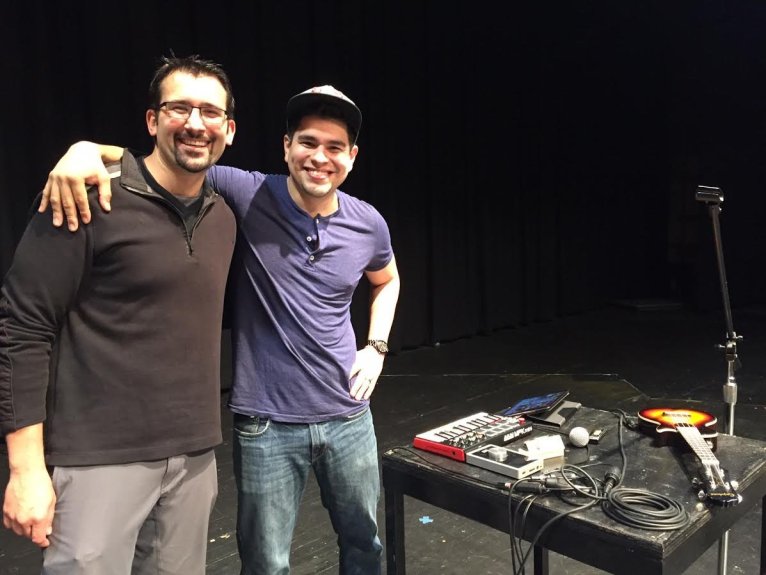 At its core, the one-man show is about a slice of history. But, creator Brian Quijada wrapped it in song, hip-hop and dance, which captivated his young audiences at four area high schools.

A gift from Los Medanos College, "Where Did We Sit on the Bus?" was recently presented to Antioch, Deer Valley, Heritage and Pittsburg high students.

"My goal was to bring this to the local high schools to hopefully inspire our community to continue to pursue their dreams," said Nick Garcia, head of the LMC drama department. "The show was a tremendous success and am very proud of what we accomplished. With the current events in our country, (I feel) our community needed this show."

Quijada, the playwright and sole actor of "Bus", said his show looks at social justice issues on equity and equality.

It took him about three years to piece together the show, which made its debut earlier this year in Chicago. He quickly won two Jeff Awards, Chicago's equivalent of a Tony. His show closed three weeks before he headed to East County to perform.

"Brian's show is an incredible journey about chasing the American Dream as an immigrant in this country," said Garcia, who attended the University of Iowa with Quijada. The two remain close friends.

"He showed me a workshopped version of this play two years ago at the Kennedy Center American College Theatre Festival. I have been trying to bring him here ever since."

Students at Antioch High were riveted during the one-hour projection, cheering and laughing loudly at "Bus," which mixes sentiment with humor. After the performance, there was a Q&A session and, later, many took selfies with the Quijada.

"Where Did We Sit on the Bus?" mixes Latin rhythms, rap, hip-hip, spoken word and live (music) looping.

According to the website, the show's central theme revolves around a third-grade lesson on the Civil Rights movement and Rosa Parks. "A Latino boy raises his hand to ask, 'Where did we sit on the bus?' and his teacher can't answer the question." The show examines what it means to be Latino through the eyes of a child, turned teenager and eventual adult.

Hosted by the County Office of Education, the two-day event looks to "enhance high school students' understanding of the United Nations and its role in global issues."

According to the news release county superintendent Karen Sakata said: "Model UN is an excellent opportunity for students to display all the hard work and preparation they have put in as they successfully discuss, persuade and work with fellow committee members on real-world problems and complex international relations. The skills they are currently refining with this program will be the same ones they'll use in college and/or in their future careers."

Not so much a competition as it is an event, participants are commended for outstanding committee work and certificates are awarded to committee rapporteurs. Individual delegate winners are recognized for their debate skills, leadership skills, knowledge of the issues, and presentation of key resolutions.